All the unique benefits of building with a house frame made from TRUECORE® steel combine to provide light-filled rooms and dramatic open spaces in this striking family home.

Building a new home can be a daunting prospect for many couples. Carly and Wayne knew exactly what they wanted from the outset – something that provided a welcoming blend of space and light. "We wanted a beautiful home with big open spaces and high ceilings and natural light and lots of windows to let that in" says Carly. They'd found the perfect block in Oran Park, a rapidly growing new suburb on Sydney's south-west fringe, and were on the hunt for the right people to build their dream home. After a fair bit of online detective work, they realised a house frame made from TRUECORE® steel was going to help them achieve the particular things they were after, and deliver a host of other advantages also.

Finding a builder that offered TRUECORE® steel as a standard inclusion was a pivotal moment. "When we were narrowing down builders and trying to decide who to go with, it was one of the first things we saw with our builder...it was one of their standard inclusions...we thought 'what a bonus', because we knew how many benefits TRUECORE® steel offered...we'd done our research".

Even at the design stage, TRUECORE® steel gave them some added flexibility to customise different features of the house so that it was exactly what they wanted. "Using TRUECORE® steel gave us more options...we saw so many houses we loved when we were doing our research but not one of them was just right...it didn't matter what crazy ideas we came up with, it was all doable with the TRUECORE® steel frame".

See it before it's built

They actually got to see the finished structure of the house even before building commenced, thanks to a 3D interactive model that was created by the builder. It allowed them to virtually explore the house and get a real sense of space and scale. "It really helped us see our house come to life – it felt like it was already up and we were walking around in it". 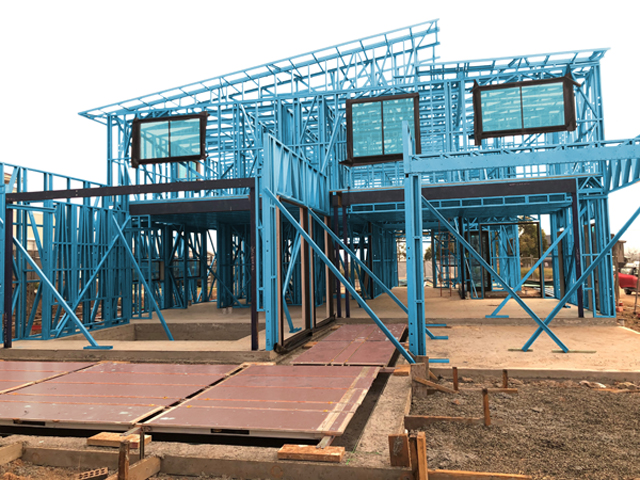 For both Wayne and Carly, the speed that the frame went up was a real eye-opener – it's an observation that owners of steel framed houses make again and again. Carly was amazed: "I remember visiting in the morning when it was frame day....this particular day the frame started and then I came back after work and we had a house. It just came up out of the ground from nowhere".

The strength and durability of the steel frame was another big plus for both of them. Having a 100% termite and borer proof frame provides a real sense of security for the future, and has allowed Carly to confidently begin creating the lush gardens she's always wanted both inside and outside the house. "I wanted to create a bit of a tropical paradise with lots of plants and things, which I know may create a home for termites. Having a TRUECORE® steel frame which is totally termite proof is very reassuring" says Carly. 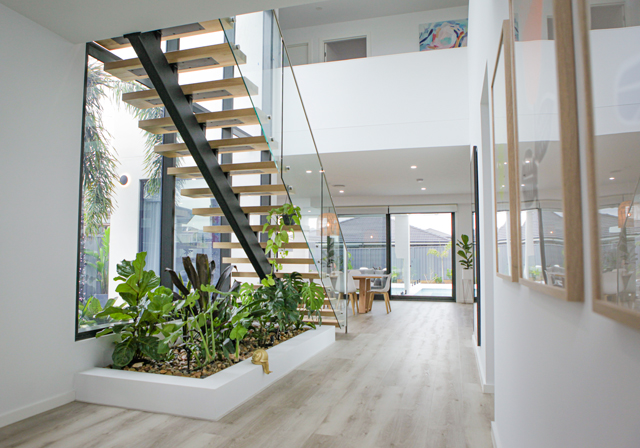 Strength and durability are key factors in a steel framed house – the frame itself will not catch fire, and won't warp, meaning there is less chance of doors and windows sticking in the future. It didn't just help deliver smoothly finished gyprock and flawless vertical joins – the strength of the steel also meant big wide doorways and windows were not a problem, adding to the way the impressive design brings the outside in.

One small feature of the new house that Wayne in particular was keen to include was a fireplace (he'd grown up as a child in England and had fond memories of family nights around the fire). The steel frame allowed the fireplace to be recessed into the wall together with inset niches on either side adding to the eye-catching design. Overlooking a unique sunken loungeroom, it adds further charm to this warm and family-friendly space.

Wayne and Carly are deservedly proud of the beautiful home that they've created for their family, and they're big fans of the role TRUECORE® steel played in it. "I'd recommend TRUECORE® steel every time. I don't know why anyone would go with anything else" says a very happy Wayne.

Find a builder near you 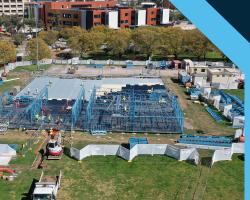 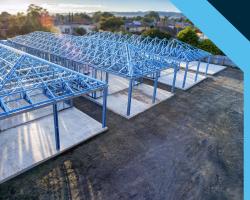